Walter was born in Babylon, NY, a city on Long Island about thirty miles east of New York City. When Walter was about 10 years old, his older brother took him into the city and "showed him the ropes." Walter was so intrigued with what he saw that he started slipping out of the house after his mom had gone to bed and going into the city to find out what life was about. He would catch the Long Island Railroad at Amityville, change in Queens, and wind up in the middle of Brookly

Former drug dealer changed by the power of Christ...

James gives glory to God for turning his life around!

Saved by a Mother's Prayers

Antoine lost it all; then he found everything! 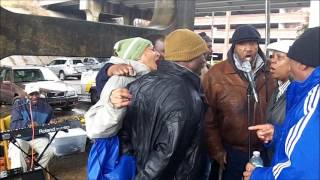 What would it take to make us truly thankful?